Because CIA chief said Iran is not building or planning to build nukes, Trump never claimed otherwise, he only said Iranian have outsmarted our team etc. So If Trump had only pointed out to the reporter that there is no contradiction, Iran part was over, but instead, he got overly defensive too very quickly, and this way he attacked the CIA chief and acknowledged saying something that he never actually did! it’s crazy. 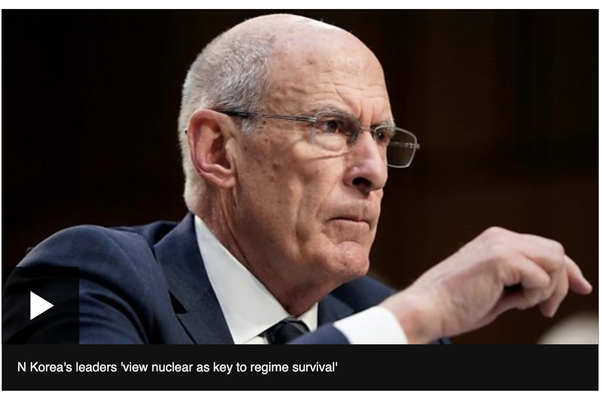 (Go back to school, Trump tells US spies)

But with respect to North Korea, I guess Trump meant the threat is not like how it was and that is true ( even though there was never any threat). but, I mean come on folks! Of course, North Korea is not going to entirely dismantle their nukes while the US shadowy intelligence services have put more sanctions on them. North Korea still has weapons because the US still has its sanctions on the country and since they have already built it all, there is no reason for them to back down now! It’s a tough spot for any diplomats to negotiate over this, especially when we have globalist-backed Bolton and Pompeo in the Whitehouse who have been openly defying president Trump when he introduces some policy in the morning and they say something else in a press confess on the same night!

Side Note>>> Links down R the answers of mine from last year on North Korea, in each answer, I said NK is not giving-up nukes.

Iman Mætm’s answer to Did the US succeed in their discussions with North Korea?

Iman Mætm’s answer to What is behind America cozying up to North Korea?

Iman Mætm’s answer to What is causing Kim Jong Un to suddenly give up on his plan to destroy America and want to meet with Trump and plan for denuclearization instead?