Certainly not officially, but the US is seriously considering waivers on Iranian oil sanctions. 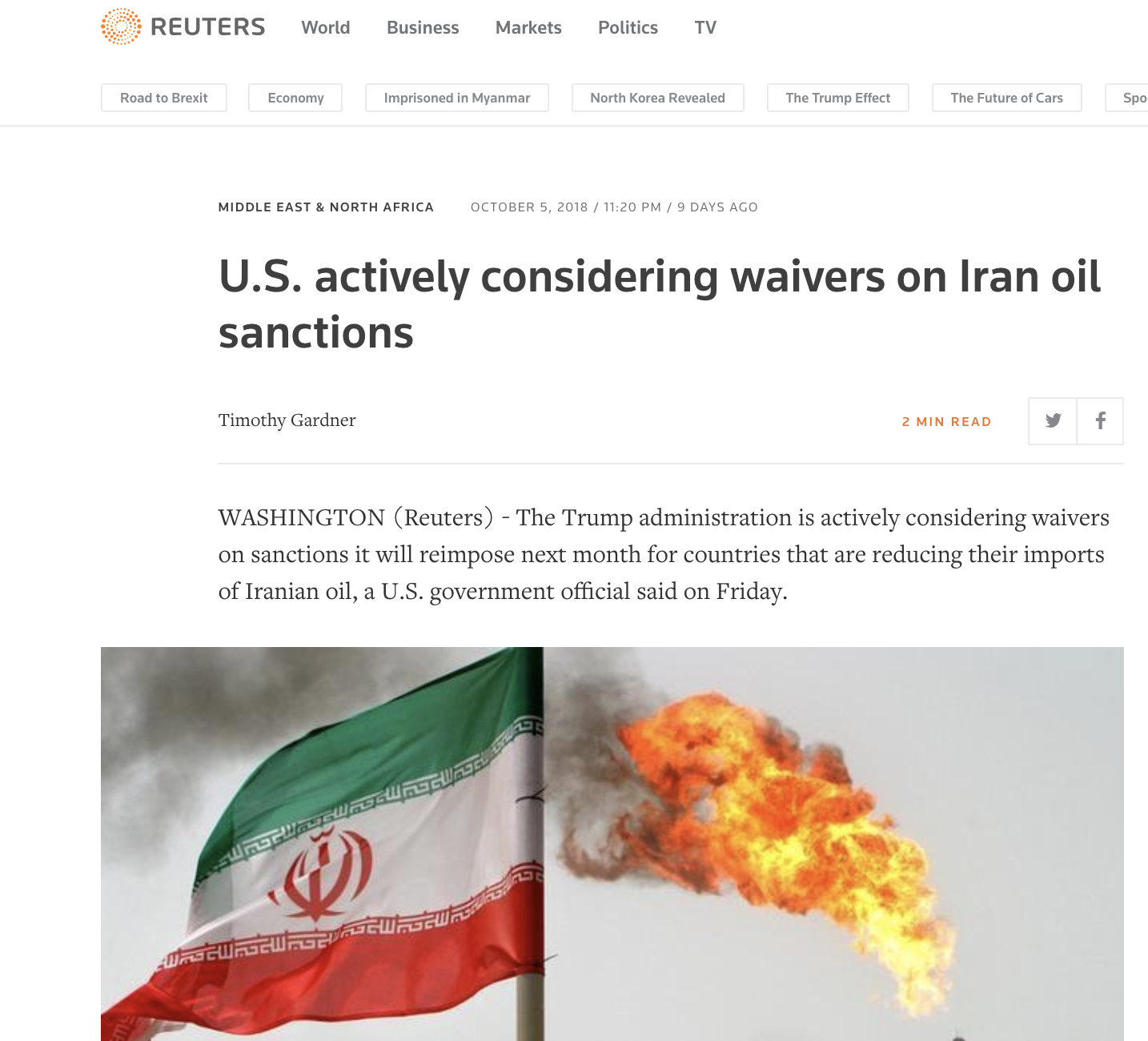 This even more likely now that war of words of started between Trump and Saudi officials because of oil prices and the murder of Washington Post journalist Jamal Khashoggi in Turkey.

A couple of days ago, Trump said he might put sanctions on Saudi Arabia if the allegation of Saudi involvement in the murder Mr Khashoggi was true.

Now today, Mohammed Bin Salman, the crown prince, has hit back and said, if the US imposes a sanction on his country, he will increase the price of oil to up to 200 dollars per barrel. 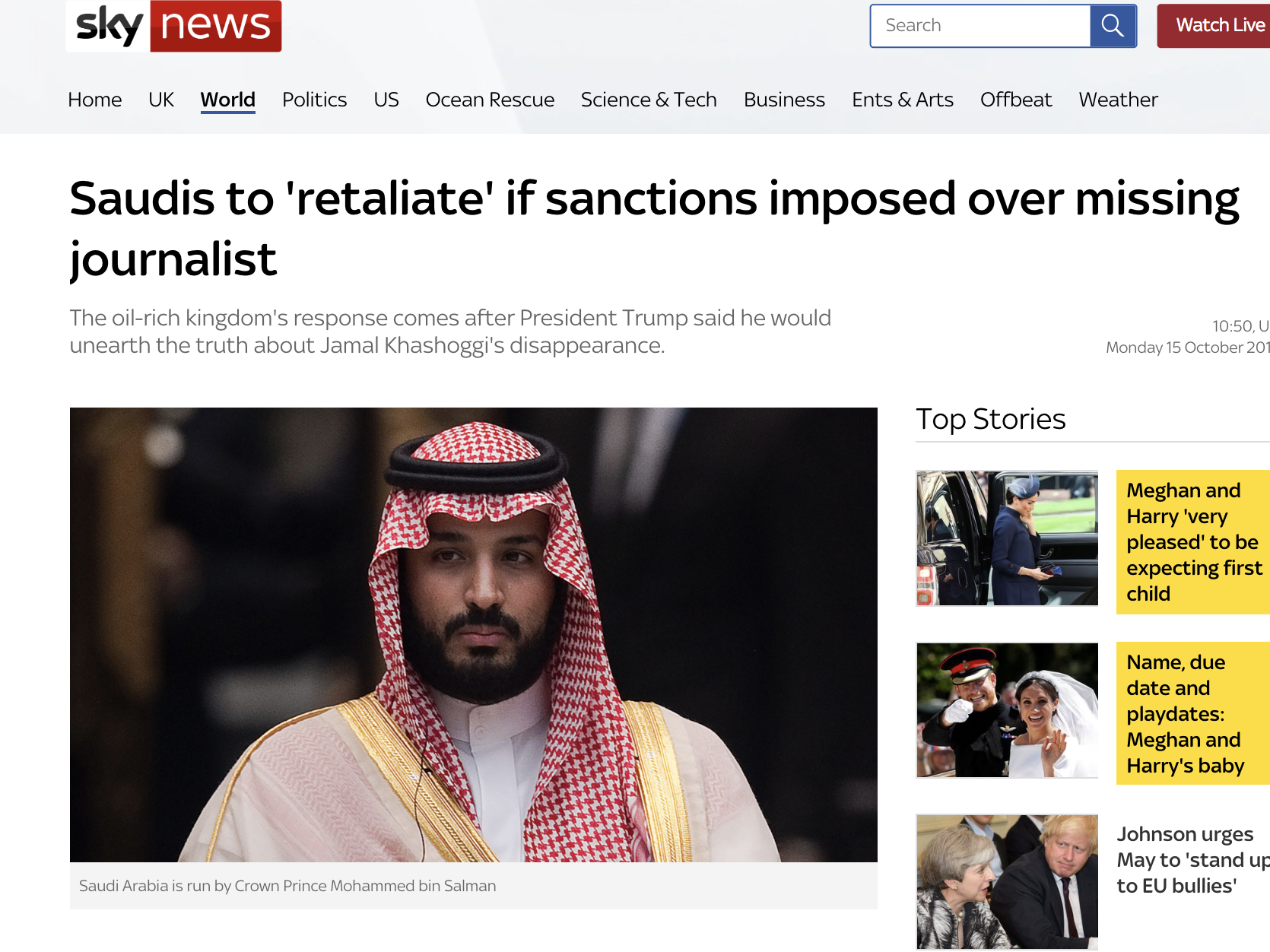 All these means that Trump cannot rely on Saudi Arabia to fill the market after the loss of Iranian oil, and indeed the very opposite is happening, therefore it is more likely that more waivers are issued to keep some Iranian oil in the market, for now, this year at least!

Also, I don’t see how the crown prince can have a normal relation with Trump after this threat against Washington with regards to increasing oil prices! Trump likely to have taken to this personally.